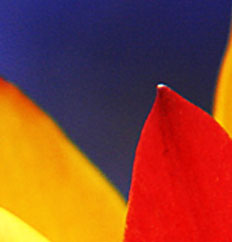 “At the end of the street was a large glass box with a female mannequin inside it, dressed as a gypsy fortune teller.

“Now,” said Wednesday, “at the start of any quest or enterprise it behooves us to consult the Norns.”

He dropped a coin into the slot. With jagged, mechanical motions, the gypsy lifted her arm and lowered it once more. A slip of paper chunked out of the slot.

Wednesday took it, read it, grunted, folded it up and put it in his pocket.

“Aren’t you going to show it to me? I’ll show you mine,” said Shadow.

“A man’s fortune is his own affair,” said Wednesday, stiffly. “I would not ask to see yours.”

Shadow put his own coin into the slot. He took his slip of paper. He read it.

EVERY ENDING IS A NEW BEGINNING.
YOUR LUCKY NUMBER IS NONE.
YOUR LUCKY COLOUR IS DEAD.
Motto:
LIKE FATHER, LIKE SON.

Shadow made a face. He folded the fortune up and put it inside his pocket.