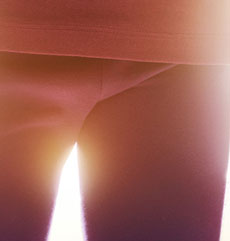 The nickname ‘Amazing Grace’ was not bestowed upon Grace Hopper without merit. An intuitive mathematician and computer programmer, she spent her early years studying at some of the most prestigious institutions in America, ultimately becoming one of the first women to achieve a PhD in mathematics. When World War II descended, Hopper followed in her grandfather’s footsteps, leaving her job teaching maths at Vassar College to join the US Naval Reserves. She was directed to Harvard University to learn to program the Mark I, the first functional computer. When technology had advanced to the Mark II computer, Hopper famously coined the term ‘debugging’ when the programming team removed a moth that was disrupting the computer’s processing.

Grace endeavoured to make computing accessible to the general public, first and foremost through the development of a comprehensive computer language, COBOL, which was based on English words rather than binary code. Twice she tried to retire but ended up continuing to work into her 80s, making her the US Navy’s oldest active-duty commissioned officer and earning her the Defense Distinguished Service Medal. She was also awarded many firsts including the first ever Computer Science Man-of-the-Year Award, the first female National Medal of Technology and the first American and first ever woman to be made a Distinguished Fellow of the British Computer Society.

“You are a pure-hearted soul dedicated to building pathways of understanding that unify, strengthen, and uplift all.”