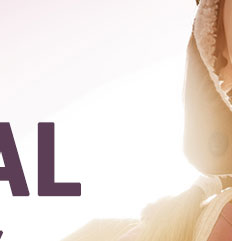 Corazon Aquino (1933-2009) was the first female president of the Phillipines, and is known for leading the People Power Revolution in 1986 which restored democracy to the country. She was named TIME’s Woman of the Year in 1986.

Her husband, Ninoy Aquino became a popular, outspoken opponent of Ferdinand Marcos, the dictator who held the presidency in the Phillipines from 1965. In 1972, Ninoy was imprisoned for eight long years, and then exiled to the United States. Ninoy was finally allowed to return to his homeland in 1983, only to be assassinated the moment he arrived. 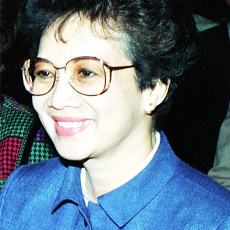 After her husband’s assassination, Cory took his place as the leader of the opposition. In 1985, Ferdinand suddenly announced an election to legitimize his hold on the country. Cory was reluctant to run at first, but changed her mind after being presented with one million signatures urging her to run for president.

After the elections were held in February 1986, Marcos was declared the winner. There were numerous reports of election fraud, and the outcome was condemned by Catholic Bishops’ Conference of the Philippines and the United States Senate. Ronald Reagan called the the fraud reports “disturbing” in an official statement.

Cory immediately called for peaceful civil disobedience protests, and for organized strikes and mass boycotts of the media and businesses owned by Marcos. Filipinos were enthusiastic in their support. These popular, peaceful demonstrations came to be known as the People Power Revolution. Though Marcos ordered troops against the thousands of protesters (including whole families and nuns and priests), not a shot was fired and the troops withdrew and many defected.

By the end of February, Ferdinand Marcos withdrew from power, fleeing to Hawaii, and Cory Aquino became the President of the Philippines.

“You are a powerful soul who uses sweetness, peace, respect and patience to restore harmony and unity without shedding a drop of violence.”