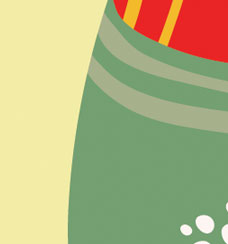 Wilma Rudolph, an American athlete and an Olympic champion. Rudolph was considered the fastest woman in the world in the 1960s and competed in two Olympic Games, in 1956 and in 1960. She is also regarded as a civil rights and women’s rights pioneer. All this, despite being born prematurely, and being stricken with the polio virus in infancy.